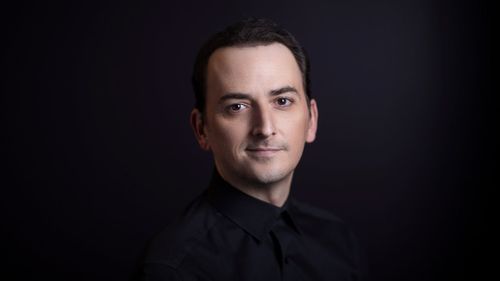 William Patrick Howell was born in New Orleans, Louisiana. He started his dance training at age 15 at the Giacobbe Academy of Dance. At age 18, he was offered a full scholarship to train at Pennsylvania Ballet’s Rock School for Dance Education. After two years there, he trained at the School of American Ballet in New York City on full scholarship, where he also appeared in the feature film "Center Stage."

Howell started his professional career at BalletMet Columbus, where he danced many leading roles including Laertes in Hamlet, Benvolio in Romeo & Juliet, Puck in A Midsummer Night’s Dream, Jonathan Harker and Renfield in Dracula, among others. From 2004-07, Howell danced as a soloist with the United Kingdom's Northern Ballet Theatre, where he performed roles including the title role in Peter Pan, Gypsy pas de deux in La Traviata and the final role before his departure, D’Artagnan in the critically-acclaimed Three Musketeers, a role Artistic Director David Nixon created on him. While dancing in England, Howell was named dancer of the month in Dancing Times magazine. He also traveled throughout Germany and France dancing in Don Quixote and served as a staff member to the Blue Lakes Fine Arts Camp.

In 2008, Howell joined Milwaukee Ballet as a Leading Artist, where he performed numerous principal and soloist roles. His personal favorites were the title role in Stephen Mills’ Hamlet, Frolo in Michael Pink’s The Hunchback of Notre Dame and Captain Hook in Michael Pink’s Peter Pan.

In 2011, Howell took a three-year leave from Milwaukee Ballet to work with Theatre Augsburg in Germany, where he worked under some of the great choreographic masters of the 21st Century, including William Forseyth, Christian Spuck, Itzik Gilili, Edward Clug, Demis Volpi, Douglas Lee, Maurice Causey, Annabelle Lopez ocha, Young Soon Hue and Kevin O’Day. He had many works created for him including The Prince in Cinderella choreographed by previous Genesis winner Mauro De Candia. In 2012, Howell won the prestigious Theatre prize for this role in William Forseyth’s Herman Scherman. Howell also performed alongside some of Europe’s greatest dancers in galas and dance festivals throughout Germany, Turkey and Serbia. Milwaukee Ballet’s Michael Pink joined Howell in Augsburg to create the title role in his celebrated new production of Dorian Gray on him.

In 2014, he returned to Milwaukee Ballet, where he reprised his role of Dorian Gray in 2016. Howell has also danced in Mark Godden’s Angels in the Architecture, Michael Pink’s Mirror Mirror, the Sheikh in Scheherazade, Beast in Beauty and the Beast, the title role in Dracula, the pas de deux of Val Caniparoli's Lambarena and as Rodolfo in La Bohème, where he performed alongside his wife Nicole Teague-Howell.

In 2017 Patrick expanded his career to include teaching. He became a faculty member with the Milwaukee Ballet School and Academy as well as a teacher in the internationally attended Milwaukee Ballet Summer Training Program. He was a part of the national audition tour for this program. His teaching experience includes students as you as twelve years old through to pre-professionals. He has also taught company class with both Milwaukee Ballet and Theatre Augsburg.