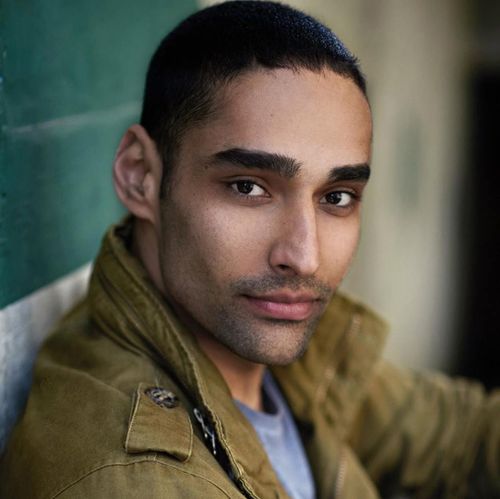 Born in Iran, Navid Charkhi moved to Canada with his family at age twelve. Since immigrating, he has pursued a career in the entertainment industry as a dancer, actor and choreographer. He is grateful to have built a resume to include projects for Apple, Disney, ABC Network, Netflix, Nickelodeon, NBC, and directors Kenny Ortega and Francis Lawrence.

As a performer, he has had the opportunity to perform live with Betty Who and on Good Morning America with the cast from Disney’s Descendants. Along with GMA, Navid joined the cast of Descendants as principal dancer for all three films and during the third was given the opportunity to also join the skeleton crew. He has made many appearances as an actor and dancer in various films, TV shows and music videos. Some of his favourites include Once Upon a Time (ABC), Chilling Adventures of Sabrina (Netflix), iZombie (ABC), Run For Your Life (NBC) and Ignore Me (Betty Who).

Navid’s most recent opportunity with Apple’s premiere streaming series SEE gave Navid the chance to break out as a choreographer and movement coach for film and television when he was hired as an integral member of the creative team. During his time on SEE, he worked under the direction of Paradox Pollack and coached actors Jason Momoa and Alfre Woodard- becoming an asset in character building, choreography and story telling for the entire cast. Through his experience as a dancer and choreographer on the show, Navid was given the opportunity to build his skill set with whips and swords, adding to the stunt training he built on previous projects.

Most recently, Navid has grown to be extremely passionate about the acting side of the industry. Training under AMAW’s Frank Zotter, Haven Studio’s Nelson Wong, The Working Actors Gym’s Aaron Craven, Shoreline Studios’ Dan Saworski, and John Funk for SWAT training.