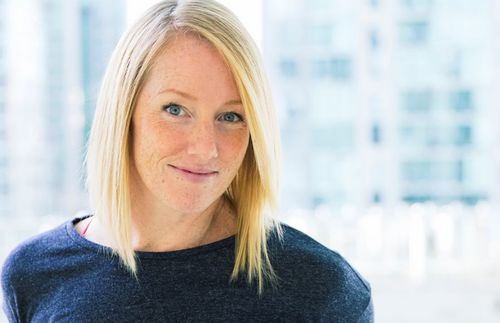 Joanne’s dance career has led her all over the world as both a choreographer and a dancer. Originally from Melbourne, Australia, Joanne has also lived and trained in Vancouver, New York and Los Angeles.

Joanne has performed with artists The Backstreet Boys, The Artist Formerly Known as Prince, Kool & the Gang and Alanis Morissette. Joanne was seen on the NAACP Image Awards as a performer and assistant choreographer for “A Tribute to George Clinton”, performing with rap artists Busta Rhymes, Lauryn Hill, The Fugees, and rock band The Red Hot Chili Peppers.

She has performed at Caesar’s Palace with STOMP, and at The White House for the President’s annual Easter Celebration. Joanne has performed with Conan O’Brien in “Live at The Roxy AIDS Benefit” in New York as well as on his late night show.

Joanne was nominated ‘Best Female Hip Hop Dancer” at the prestigious RAD (Recognition Awards for Dancers”) Awards in Los Angeles. She was the choreographer for the feature film, “Saving Silverman” and numerous national & international commercials.

As a dancer, Joanne’s credits include feature films “Kickin’ It Old School” with Jamie Kennedy, as well as “The Cleaner” with Cedric The Entertainer, the Nickelodeon Movie Musical “Ragz” and the TV series “Once Upon a Time”, “Scooby Doo 2: Monsters Unleashed” and “White Chicks” with Marlon and Damon Wayans.

Joanne was the assistant choreographer on the feature film TRON 2, and together with her husband Alex she choreographed the Finale for the “So You Think You Can Dance” Canadian Season 2 Tour. She was co-choreographer on an entire musical/dance episode of the L Word, and Kyle XY; as well as the TV Movie, “Splitting Adam” which brought her back to her ballet roots!

Currently, Joanne is director of The Source Dance Company, a semi professional dance company based out of Harbour Dance Centre in Vancouver, BC. The company focuses on training and performance opportunities throughout the year, and offers aspiring professional dancers insight into the professional entertainment world and connections within the industry. Visit their website at www.sourcedancecompany.com for more info!

Together with her husband Alex, Joanne has co-directed Western Canada’s top dance convention, Groove Street Productions for over 20 years! Check out their website at www.gspdanceconventions.com.