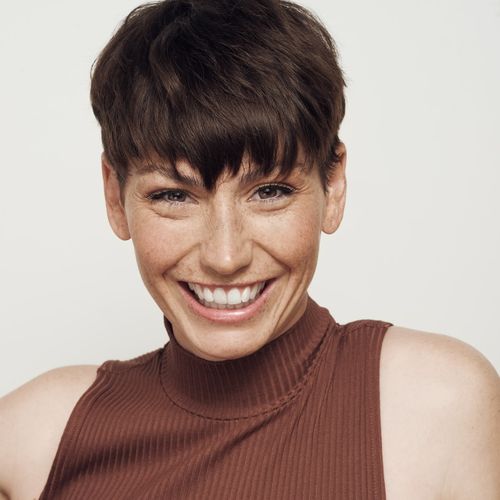 Greer Whillans grew up dancing in a small town just outside of Toronto, Ontario. After graduating from the University of Victoria with a Bio-Psychology degree, she decided to switch it up and devote her energy towards pursuing a professional career in the entertainment industry. She spent two seasons training with the Source Dance Company under the direction of Joanne Pesusich at Harbour Dance Centre. Throughout this time, Greer's unique magnetism on stage and memorable performances has made her a recognizable name in the industry.

Greer is diversely trained in contemporary, ballet, jazz, hip hop, partnering, and contact improvisation. Though she can command the stage in solo performances, she loves team environments and artistic collaboration. You will find her dancing across Western Canada as a valued crew member for Groove Street Productions and Street Groove Dance Conventions. Greer enjoys assisting many of the industry's top professionals in their endeavors, and recently worked alongside Alex Pesusich as assistant choreographer for Disney touring artist Desirae.

Last season Greer performed in Mitac's production of Math Out Loud directed by Mackenzie Gray, and danced for choreographer Paul Becker on Disney's original TV movie Girl vs. Monster. She has performed in industrials for Telus and the Times of India Film Awards, and modeled for Vancouver's Eco Fashion Week. This up and coming “Commercial Queen” can be found in television ads for Verizon, Campbell's Soups, Kohler, and Mattel Games to name a few.

Greer received great reviews for her choreography showcased in The Source Dance Company's recent production of 'The Show: Gotta Get It.' Both highly creative and expressive, "she holds a unique ability to tie together loose ends and look out for the bigger picture."

As her success within the industry grows, her commitment to educate herself in the art of movement multiplies. Greer is delighted to announce she has just moved back from Los Angeles.