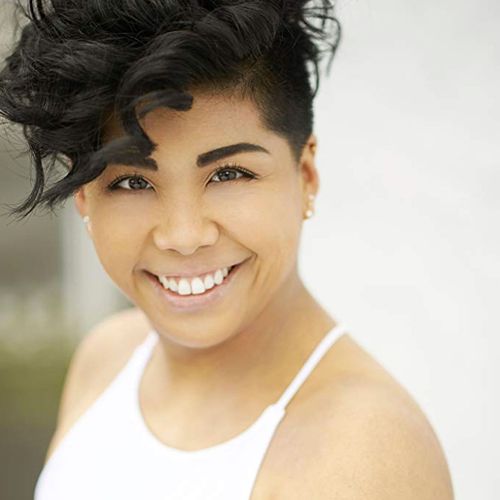 CJ is one of the most captivating female dancers to hit the Vancouver dance scene. Since dancing at the the age of 3, in genres of ballet, jazz, lyrical, she was always that dancer that stood out and showed great potential. Hip Hop became her forte and first love around her junior high years, and has escalated since. Originally from Edmonton, AB, she began teaching, training more, and creating more. She was one of the most elite dancers in 3rd Street Beat, an all hip hop dance company. This granted her many scholarships and awards at competitions. Also bringing her opportunities to take part in the Grey Cup, Muchmusic, and open up at club events for such artists as Chris Brown, Lloyd, and Rihanna. In 2007, she made the move to the big city of Vancouver, and has been blessed with experiences since.

These include KTL dance company and 247 company; performing in local choreography showcases like The Main Event and Urban Alchemy; opportunities to train and perform in Seattle, WA, San Francisco, CA, and Beijing, China in 2010; Additionally being able teach at Harbour Dance Center, Studio 604, and Danzmode Productions.

In 2010, she created a female dance project "Cassie Jackson," where they competed and were finalists in Artists Emerge 2010&2011, a national hip hop competition in Edmonton, AB, and performed a production piece she directed, at World of Dance Vancouver 2013. And in 2014, she performed in a piece choreographed by Jose "Hollywood" Ramos.

CJ has innovated into a style of hip hop that best suits her. Definitely making a name for herself in the city. Most may describe it as street jazz, or jazz funk, or commercial choreography. But all will say its full out! Despite the dispute of "real hip hop," she believes in the new innovations of the genre. She also believes in staying inspired. "My biggest inspirations besides the top choreographers of today, and the youtube stars, would be the stars I get to dance with everyday- my friends. They are the biggest influence to the dancer I am today." CJ encourages uniqueness, being able to step out of your box, and living/dancing to your fullest. She hopes to not only teach movement, but the purpose of it, and inspiration behind it. CJ continues to "step out of her box" training under top choreographers in the city. Her love for dance and performing is evident throughout her everyday life- work, studio, or stage. She is proud to represent for Vancity dancers, all female dancers, and being the best dancer you can be.