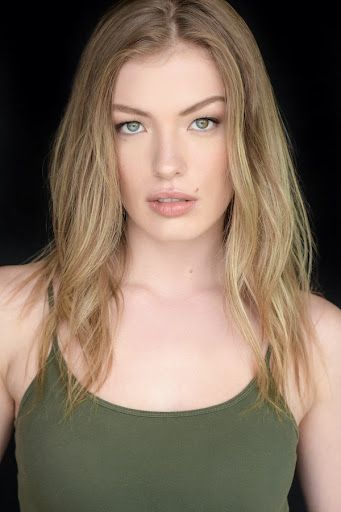 Charlotte Kavanagh has always had a passion for the stage and performing arts. Growing up in the greater Vancouver area, Charlotte was exposed to many styles of dance at her home studio Spiral Dance Co. in White Rock, B.C. From the age of 10, she trained in jazz, ballet, hip hop, tap and contemporary/modern.

As a teen she moved into the professional modelling world. Charlotte’s stunning Scandinavian background and unique look booked her many jobs in Vancouver and Asia, and helped cultivate a dedication and a skill set useful in the professional dance and acting world. She then moved on to making her professional dance dream a reality by training in Harbour Dance Centre’s pre-professional Intensive Training Program (ITP), Kill The Lights (KTL) and Aviary dance programs.

As an actress, Charlotte has had great success in the commercial industry appearing in international and national spots for Porsche, Hyundai, SweeTARTS, Jarred Jewelry, Gillette, and many other recognizable brands. She made her television acting debut in Once Upon A Time (ABC), followed by roles in DC’s Legends of Tomorrow (CW), the TV movie The Girl in the Bathtub, and voiceover work in season two of The Twilight Zone on CBS All Access, directed by Osgood Perkins. She currently trains with Nelson Wong at Haven Studios, and has studied with many of Vancouver’s renowned coaches.

Charlotte continues to explore the endless opportunities to grow in her craft. She also looks forward to seeing where her other hobbies of singing and playing the guitar will flourish into her work. Watch for her in 2020 in the feature film Godfrey as Chloe, directed by Ken Mok.