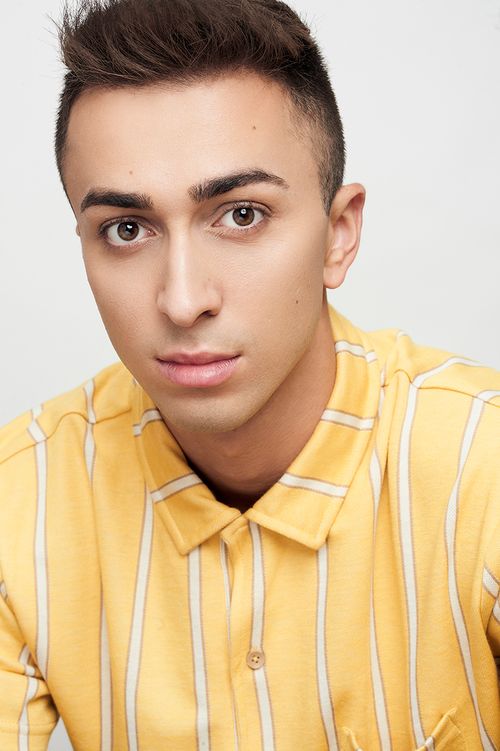 Born and raised in Winnipeg, Canada, Andrew Kyrzyk has been a part of the entertainment industry since the age of 5. He is a professional dancer,

choreographer, teacher and adjudicator who has extensively trained in numerous styles ranging from ballet to heels. As a dancer, his versatility has won him numerous awards in Canada and the United States. He has danced for pop artists such as Meghan Trainor, Shawn Mendes, Deborah Cox, Capital Cities & Serena Ryder. He has performed in numerous commercials and events for Cineplex, MAC Cosmetics, Sephora, L’Oréal, Pan Am Games and World Pride. Most recently, Andrew worked with director Kenny Ortega (High School Musical, Descendants) on a new Netflix Original titled Julie and the Phantoms. Aside from Netflix, you can also see Andrew on TV Networks such as Disney, The Family Channel, HBO, YTV, CBC, CTV, MUCH, MTV, FX, STARZ, & Space TV.

Although film is his forté, he never stays off the stage for too long. He’s danced in musicals such as Dance Legends, CATS and “Dancer”, a musical choreographed by three time Emmy Nominee Stacey Tookey. He also had the privilege to work with Emmy Award winning choreographer Debra Brown on a show titled “Brace Yourself”. Most recently he danced in “The Overthinker” choreographed by Rudy Abreu in Los Angeles.

Alongside Andrew’s dance career he has begun his journey as a choreographer, teacher and adjudicator. He travels across Canada adjudicating dance competitions and teaching workshops, intensives, and master classes. He has choreographed pieces for Team Canada, various music videos and several award winning competitive routines. You can see Andrew’s choreography on the Family Channel hit TV show “BACKSTAGE” where he worked as the associate choreographer alongside JJ Moore.

Andrew is continuously growing as an artist and eager for new experiences.