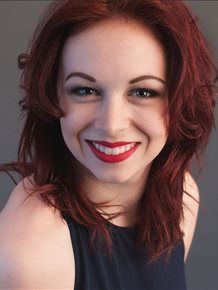 Toni started dancing in the small town of Stony Plain, Alberta. Becoming more serious and passionate about her future in dance, Toni moved into the City of Edmonton where she continued her technical training at Shelley’s Dance Company, under the watchful eye of Shelley Tookey. As well

Toni continued to grow and excel with Hip Hop and Street Styles at Edmonton’s Kore Dance Studio, training with Alexander Chung. In 2011 she began teaching at the Kore Dance Studio. At that time and for the following 8 years, Toni was a Director of Edmonton’s renowned NXG Company alongside Alexander Chung and Josh Capulong. NXG Company travelled all over Canada and the US competing at several national and international competitions with great success. A few included “World of Dance” (WOD) with several 1st place wins. “Hip Hop International” (HHI) ranking top 10 in the world and “Carnival” in Los Angeles.

While being very busy with NXG Company, Toni made time for her own personal growth as a dancer. She has travelled to Los Angeles and New York numerous times over the years to train with some of the world’s best teachers and choreographers. Toni was 3 months in LA working with Dana Foglia and her talented company. As well she worked closely with Gigi Torres on numerous projects and the “Academy of Villians” (AOV). Taking class is one of Toni’s favourite things to do. She loves working hard to better herself as a dancer every time she steps into a studio. Most recent accomplishment – 1st place at Body Rock “Homecoming” San Diego 2017 with Two Four Seven Company based in Vancouver. She has showcased her own choreography at “The Main Event” in Vancouver. Toni choreographed and was featured in a music video for an upcoming Canadian artist – KNYTE – “Cut Me Open”. She also danced for LA based artist John Dough in his music video “Somebody to Love”.

Toni loves to share, teach and help young dancers grow as well. She has shared her knowledge with many studios and continues to teach and inspire the youth to chase their dreams. Her specialties and where she excels is through Hip Hop/Street and Contemporary styles. She has even experimented with the growing popular “Heels” trend.

Currently Toni lives in Vancouver, BC and is making a name for herself. She is very proud to be partnered with Premiere Talent Management, has a permanent teaching slot at Harbour Dance Centre and is dancing with the well-respected and extremely talented Two Four Seven Company. This is only the beginning for Toni. She still has so many goals and dreams she is working towards accomplishing and will never stop reaching for them.