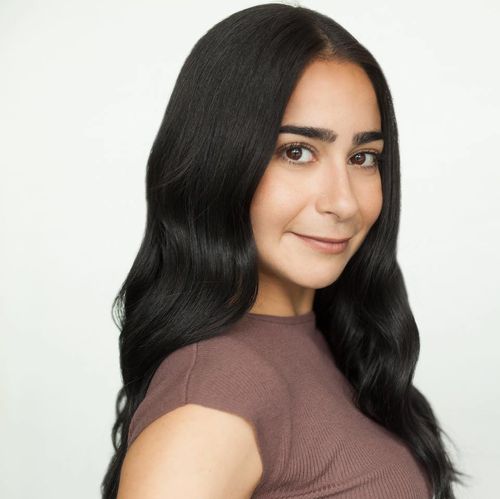 The true definition of natural born talent, Randa began her journey at a much older age than most. As a child she always showed her creative side by choreographing dances at home with her sister and friends. When she was 13 she asked her mom if she could take a hip hop class, and after two short years she knew dance was going to be her life. Randa excelled in her home town of Calgary, Alberta, entering many competitions and winning several awards. Reaching a plateau in Calgary, Randa knew if she wanted to live her passion as a professional dancer she would have to leave. In 2008 at the age of 19 she moved to Vancouver, BC to pursue her dream.

Randa was accepted into the Intensive training program at Harbour dance centre. After her year at Harbour Randa channeled her focus into hip-hop. She was accepted into SOULdiers Dance Company where she spent two years expanding her knowledge of hip-hop. Now on her own Randa actively finds new ways to continue her growth as a dancer. Randa got the opportunity to dance with Royal Caribbean which introduced her to Aerial. Randa has found a passion for Aerial and is now one of the skills she is actively working on, adding to her variety of abilities. Randa set a high goal for herself in trying to obtain her O-1 Visa to the United States where she could continue pushing toward her goals and dreams.

Randa has had the privilege to work on stage and television. Some of her credits include Harvest Moon, “Signed, Sealed, Delivered”, Nickelodeon’s Big Time Rush “Music Sounds Better with You”, Step Up 4 Revolution promo launch, Miscellaneous Productions “Raincity Rap. In the last six years while residing in Vancouver, Randa has had many performing opportunities including “Dance’s for a Small Stage”, “The Main Event”, PNE Performances and “Urban Alchemy”. Randa had the opportunity to perform in Las Vegas, NV at the Hardrock Café for a show called “The Tuesday Blend”. Randa recently completed 2 contract with Royal Caribbean, performing in the production show Spectra’s Cabaret on what was the newest & second largest ship in the world.

As well as her love for dance, Randa has found a true passion for teaching and choreographing. While residing in Vancouver she taught regularly all over the Lower Mainland, including dance studios, community centers, elementary schools and high schools. Randa also had the opportunity to work and train competitive dancers who competed all around the city.