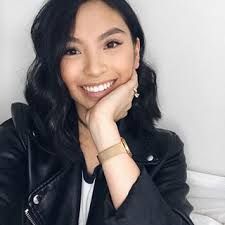 Czarina is a multifaceted artist who has a passion for singing and dancing. Originally from Winnipeg, she slowly started to pursue music by posting covers on YouTube, all the while being part of Project Dance Company. They’ve competed in competitions such as PegCity Movement and Artists Emerge. She moved to Vancouver in 2013 to pursue dance and music. Czarina joined TwoFourSeven Company, ran by Jerome Esplana, Carlo Atienza, Jon Bongato, and Roberta Bierman. Winning and placing (top 3) in competitions such as HHI Prelims, Artists Emerge, and World of Dance Vancouver. Czarina is now currently dancing with Style & Grace under the direction of Carmen Forsyth and Maria Villanueva. Recently competed in NBC’s World of Dance Season 3 and placing 3rd in The Release Dance Competition.

Though love for singing was always first, her love for dance has grown immensely since she moved to Vancouver. She has been training to develop and refine her style, and is now getting more involved in choreography/teaching. Recently being part of the choreo team for Style & Grace, it has pushed and inspired her to want to pursue teaching more in Canada.