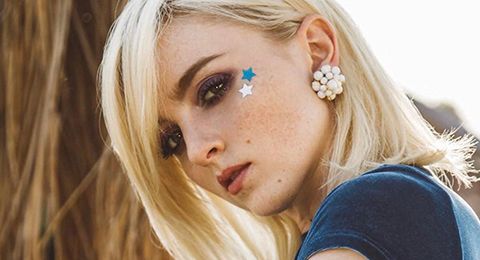 At the age of 7, Brittany Good began dancing in British Columbia, Canada. She trained in tap, hip hop, ballet, musical theatre, jazz and acro. Also skilled as gymnast, she was asked to train with a Canadian Olympic coach, but chose to pursue her dance career instead. She continued dancing at conventions like Triple Threat, CDR and The Pulse and won multiple scholarships.

Brittany decided to take her next big step and pursue a more commercial dance career in Toronto, Canada. She quickly became one of the cities most requested professional dancers. While there she danced in numerous music videos and toured with major recording artists such as Anjulie, Nelly Furtado and Blake McGrath to name a few. She also worked on feature films and tv shows such as Disney’s – Zombies, The Descendants, Freaky Friday, Suicide Squad, Frenemies and The Next Star. One of her top accomplishments was performing as the lead girl for Nick Jonas on two of Canada’s most notable TV shows, WeDay and the MMVA’s.

After reaching her peak in Canada, Brittany decided to shift her career to the United States. Currently living in LA, Brittany has already performed on the award-winning show, Dancing With The Stars and recently just worked with Twitch and Allison Holker as an assistant on a Feature Film coming out soon called A Simple Favor. She is excited to see where her journey will continue to lead her and is ready to turn her dance dreams into reality.